Less More
6 years 7 months ago - 10 months 2 weeks ago #1 by riada
Joe Conley: Ike Godsey- The Waltons was created by riada 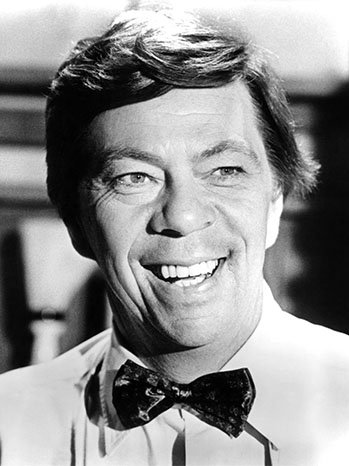 Joe Conley (March 3, 1928 – July 7, 2013) was an American actor who played many small roles on television and is most remembered for his role as the storekeeper Ike Godsey on The Waltons.
Contents

Joe Conley was born in Buffalo, New York. He started acting after returning from military service in Korea, and ran a real-estate companies on the side. He was married and divorced to Jacqueline Stakes, with whom he had two children. He married Louise Teecher in 1969 and had two children with her. He is probably most remembered for the part of storekeeper "Ike Godsey" in The Waltons opposite Ronnie Claire Edwards, who portrayed the bossy wife Corabeth Walton Godsey. In 2009, Conley published his autobiography, "Ike Godsey of Walton's Mountain."


Conley died on July 7, 2013 at a care facility in Newbury Park, California of complications from dementia. He was 85 and is survived by his wife, three daughters and son.
Nor but in sleep findeth a cure for care.
Incertainty that once gave scope to dream
Of laughing enterprise and glory untold,
Is now a blackness that no stars redeem.