Essex County to auction off landmark medical building in Belleville

The landmark medical building towering over the corner of Belleville and Franklin avenues will be put up for auction by Essex County next month.

The current assessed value of the nine-acre property up for auction is $3,739,000, said Kevin Esposito, Belleville’s interim township manager.

Once sold, the property would be subject to the town’s zoning regulations. Belleville Mayor Raymond Kimble said he hopes to attract ratables to the site. The property is in a redevelopment zone and current zoning permits medical research and other medical uses, said Esposito.

The county will announce meetings in Newark and Belleville for interested bidders. The freeholder board must vote on accepting the bid after the auction on an unspecified date in December.

Last summer, the cancer center was foreclosed after defaulting on a $5 million loan from the Essex County Improvement Authority.

An imposing brick building with conspicuous architecture built in the early 20th century, the facility has served a range of patients. Early on, it served as an isolation hospital for contagious disease victims. It was also an orphanage and served the elderly when the site became the Essex County Geriatrics Center before the cancer center moved in, becoming the state’s first free-standing cancer research facility in 1996.

It even served as the backdrop of the 2001 film "A Beautiful Mind," starring Russell Crowe who played a mathematical genius undone by mental illness.

"It’s got a lot of history behind it. It’s a beautiful facade," Ciallella said. Other adjacent parcels of property, like the Great Lawn in front of the building, have been purchased by private entities, he said. 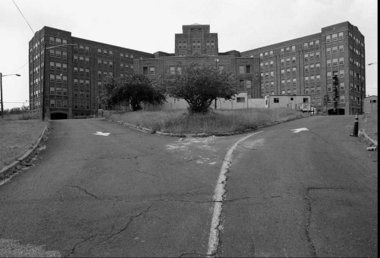 A view of the Garden State Cancer Center in Belleville in 1996.

Less More
7 years 5 months ago #2 by lithiumbaby
Replied by lithiumbaby on topic Essex County to auction off landmark medical building in Belleville
lets pool our money together!
BLAH BLAH BLAH