The Cedar Grove Township Council rejected a controversial proposal to build townhouses at the site of the old Essex County Hospital Center on Monday night.

Councilman Joseph Chiusolo initiated the motion denying the developer the right to move forward with its plan to construct 464 townhouses along Fairview Avenue.

The council passed the motion citing a lack of information regarding how the complex would affect the township's obligation to build low- and moderate-income housing.

In New Jersey, municipalities must follow Council on Affordable Housing (COAH) regulations, which require a certain number of affordable units to be built per unit of new regular construction. Township Attorney Tom Scrivo most recently estimated that Cedar Grove would be responsible for constructing 92 affordable units if it allowed the construction of the townhouses.

The proposal is just the latest in a series of compromises that the developer, K. Hovnanian Homes, has offered to Cedar Grove over the past several years.

For months the council has considered Hovnanian's proposal as it waited for more substantive figures to emerge about how the complex would affect the township and its school district in the years to come.

Hovnanian and township officials were scheduled to discuss Cedar Grove's COAH obligation at tonight's meeting. However, Hovnanian cancelled on the council for the second consecutive time.

Hovnanian and Essex County are locked in litigation over the rights to develop the land east of Fairview Avenue. The developer has said it would drop its lawsuit if Cedar Grove gave the go-ahead to build the townhouses.

Essex County Executive Joseph N. DiVincenzo had urged the township to approve of Hovnanian's plan to avoid further legal wrangling. DiVincenzo has promised to turn the land adjacent to the townhouses into a 64-acre county park, but can only proceed with developing the parkland once the lawsuit has ended. 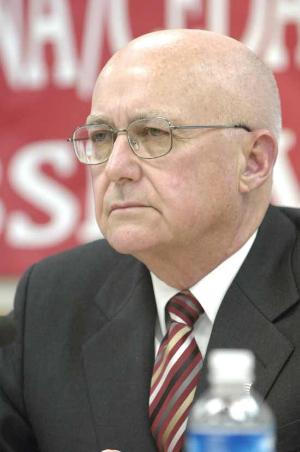 Cedar Grove Mayor Robert O'Toole, seen here, was among the councilmen to reject a controversial proposal to build hundreds of townhouses at the site of the old Essex County Hospital Center on Monday night.

Less More
9 years 7 months ago #2 by abandonedcastles
Replied by abandonedcastles on topic Council rejects Hilltop housing proposal
i would reject the proposals too. i mean can't they see the beauty of it all? maybe its just me but i really do think that these old, dilapidated, but magnificent buildings are more attractive than modern new houses.

Less More
9 years 7 months ago #3 by ashley25
Replied by ashley25 on topic Council rejects Hilltop housing proposal
OH MY GOD I AM SO HAPPY I COULD SHIT KITTENS!!!!!!!!!!!!

Less More
9 years 7 months ago #4 by misterpat
Replied by misterpat on topic Council rejects Hilltop housing proposal
Can You imagine the traffic on Fairview Ave with 464 town homes built?