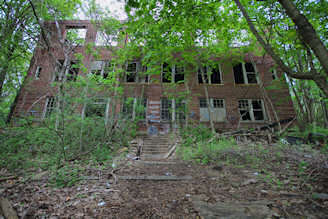 Lambertville High School, erected in 1854 in Lambertville, New Jersey, was the former home of students of the Lambertville school district. A fire destroyed much of the school in 1926, but it was remodeled and rebuilt in 1927 and used until June 1959, at which time the last senior class graduated. It sat (as some from the town have stated) like a museum from then on, on top of the hill overlooking Lambertville and the Delaware River.

The school was closed after the 1959 class graduated as it was too small and outdated for the growing area. Many small-town high schools were closed in the 1950s across New Jersey, as the state consolidated the school districts and replaced obsolete schools like Lambertville High with modern, suburban facilities that could serve larger regional areas. South Hunterdon Regional High School replaced Lambertville High and opened for classes in September 1959.

The old "school on the hill" sat empty and abandoned (though structurally intact) for over 30 years, until vandals set a fire in 1992 which destroyed most of the building's interior and essentially gutted most of the structure, including the roof.

As of February 2010, the Lambertville Police Dept. patrol the grounds several times daily, and the poor condition of the building make exploration both dangerous and illegal. It is currently private property and the owner will bring trespassing charges against anyone who enters the grounds. There are no signs indicating this and the presumed owner (Taurus Corporation) is not easily located. 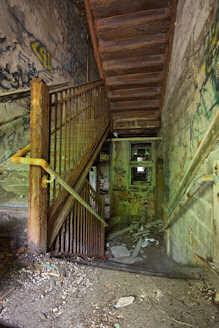 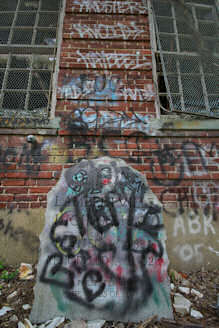 Legends of ghosts and other paranormal activity are probably the result of natural phenomena like dampness, animals, and decay of the structure itself (as well as headlights reflected off nearby Rt 179). Contrary to myth, no grisly deaths or other events occurred on the property. A June 11, 1959 article in the Hunterdon County Democrat newspaper entitled "Alumni to Gather for Fond Farewell to Lambertville" details the school's closing ceremonies, which consisted of an alumni baseball game, picnic, and concert in the school's auditorium. You can read the article on microfilm at the main branch of the Hunterdon County Library which is located at 314 Route 12, Flemington, NJ. The microfilm archives are on the lower level.