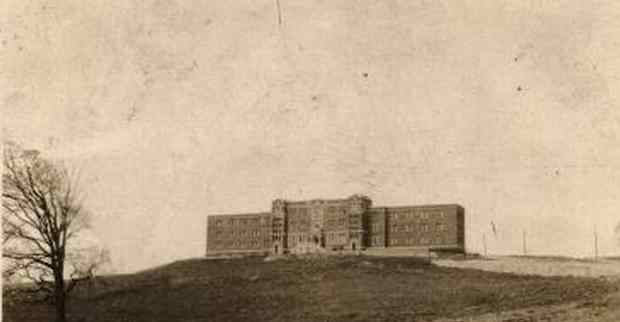 An inspection of a proposed site for a Grey Hill Jail was made on July 11, 1917, pursuant to the receipt of an application, dated June 30, 1917, of Commissioner B. G. Lewis, of the Department of Correction of the city of New York, for the approval of this site by the State Commissioner of Health, in accordance with the provisions of chapter 510 of the Laws of 1916. The proposed site, known as the jail, is located in a County, Near the station of the main line of the Erie railroad, 55 miles northwest of Jersey City. The nearest village is about 2 miles distant. Approximately One-third of the area consists of a moderately steep side hill near the top of which it's proposed to locate the principal buildings of the institution, the remaining, Two-thirds of the area being low, level land, devoted mainly to pasturage. Through this lower level two streams pass, known as Seeley creek, and the main ditch, respectively, which unite beyond the northerly boundary of the property to form Cromline creek, which in turn joins the Otterkill near some town then to form Moodna creek, which is a tributary to the Hudson River. A detailed description of the site with reference to the character of the various soils found thereon, is given in the report of Mr. William Goldsmith, construction engineer, submitted with the application of Commissioner Lewis. The farm contains 257 acres and is bounded on the northwest by the Lehigh and Hudson railroad, and on the southwest by the main line of the Erie, while the branch of the Erie passes through the property. The station of the Erie railroad is at the southwest corner of the property. From a sanitary standpoint the site seems to be well adapted for an institution, the high ground being suitable for various buildings and the low ground for truck gardens or pasture. 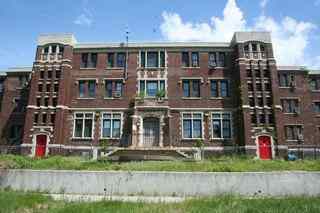 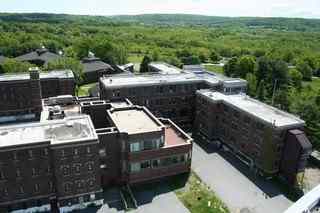 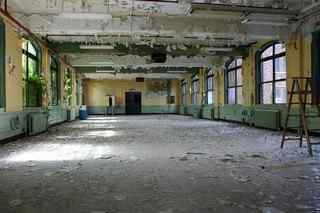