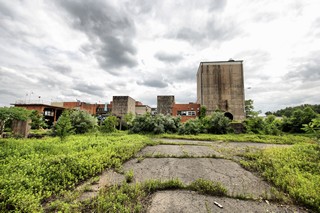 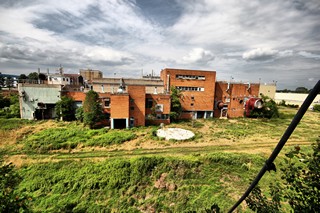 Dacwan was a U.S. Navy jet engine testing facility for military aircraft from the mid-1950’s until the late 1990’s. As a result of the activities at the facility, tricholoethlylene (TCE), jet fuel, and other chemicals have leaked into the subsurface. Dacwan covers 67 acres and has large jet-engine test buildings, associated service buildings, hangers, and scores of smaller support structures all interconnected with a vast network of aboveground and underground service lines. Dacwan was decommissioned on October 15, 1998 and has been divided and sold. It is bordered by an airport on the east, north, and west and by a street on the south. Commercial and industrial firms occupy the south side of the street. Freight train tracks separate the eastern from the western part of the base. 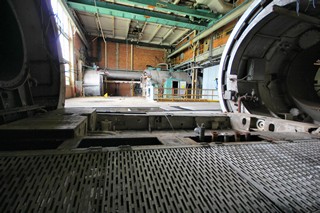 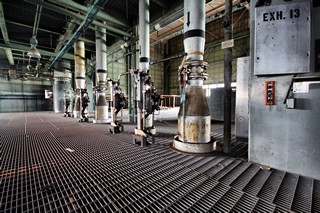